The Problem with Normality - A Look at a South African Township

When something becomes normal you stop noticing it. When you first learned to tie your shoelaces, you noticed every single step of tying them. You noticed because you were trying to remember what to do. Today you can tie your shoelaces without thinking. So you don't notice what you're doing.

When something becomes normal you stop noticing it.

When you first learned to tie your shoelaces, you noticed every single step of tying them. You noticed because you were trying to remember what to do.

Today you can tie your shoelaces without thinking. So you don't notice what you're doing.

If, however, you stay in a poor household for a while, even though you grew up in riches, you will seize to think about it.

Once you've adjusted to something, it becomes normal to you. It's similar to falling in love - once the stage of getting to know someone is over, it's only too easy to make them part of the scenery. Which is why we have to practice to pay attention; we have to remember that our time with someone is limited. Likewise, we have to remember what we can do to make our time with someone even better than it is. As soon as we stop paying attention, we forget.

Normality is simply what we're used to. And once we're used to it, we stop paying attention to it. It goes unseen. Even our own thoughts. Maybe ever so often something alerts us to the fact it isn't what it should, or could, be. Maybe we don't have to accept feeling terrified when we are in a crowd of people. But to change our thoughts requires work. And for some reason it seems our brain is more comfortable not changing. It's like a workout - we know it'd do us good, but it requires effort. Much easier to sit at home on the couch being miserable.

I work in a township in South Africa. Hangberg, it's called. It's in the outskirts of Cape Town, in a suburb called Hout Bay. Stunning place. Stunning landscape. It's a place filled with natural beauty and fruitful soil. Tourism abounds. There's an ocean filled with fish. The climate is temperate, if windy. Even if you don't have a lot of money it's a place where you could live a good life.

Yet, what you will find in this township is alcoholism, drug addiction (mainly to "tik," or crystal meth as it's also known as), rape, unplanned pregnancies, HIV, prostitution, incest, depression, poor diet, domestic violence, criminality and so forth. 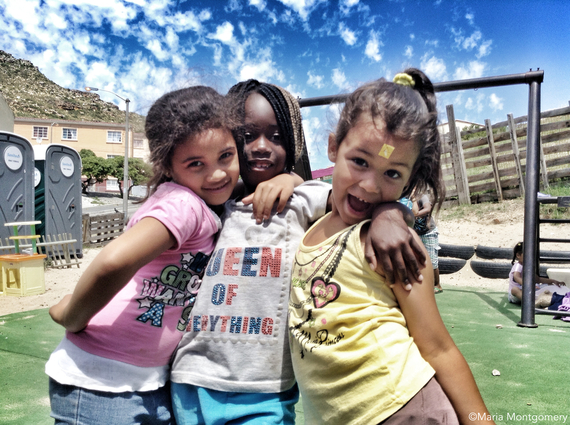 The little ones. Before "normal" becomes normal.

To the people living there, that's normal. It's normal to suffer. The only things they might appreciate are things that take them away from the suffering momentarily. Often that's alcohol, drugs, or sex.

These people don't suffer to the extent they do because they have to, but because they've chosen to. They were likely never aware of making the choice though. That's the sad part. They just succumbed to normality. And so they ended up staying with the person who beats them at home, or who makes a living selling drugs.

I work with children in Hangberg and I can see them suffering because of the situation. They are still acutely aware that this isn't normal. They feel the pain in an entirely different way from the adults. They haven't given up yet. Still, they start acting out their wounds from an early age - they feel pain, so they start inducing pain. They are screaming out that something is wrong and that they are hurting. At the same time, they will be drawn to any adult that shows them love like moths to a flame, because that's what they truly want. That's what they need.

These people have a choice, but just like we have a choice not to feel shy, scared, fearful, etc. in certain situations in life, but don't really notice, they've become so accustomed to it, they don't even realize there is a choice. Normality, sick as it may be, holds them in its deceptive prison. It's deceptive because it doesn't feel like a prison. It feels... normal.

Of course, education is also needed. You need to know the alternative route to be able to take it.

I'm on the board of two charities in Hout Bay - the Proudly Hout Bay Women's Forum and Little Angel's Community Center for Children and Youth. Both projects aim to shift the idea of normality to something else. To a better reality. One where health is in focus. 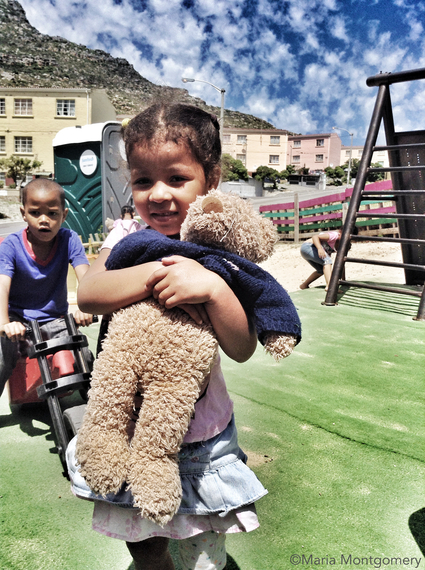 What I also work on though, is to check my own reality. Because sometimes, I'm only too blinded by my own sense of normality.

Here's a thought: nothing but happiness is normal. If you don't feel 100 percent satisfied with something, you need to do a mental workout to change either your own outlook, or the situation. Train yourself to notice when something doesn't feel right. No matter how "normal" it is.