How does the video game database enhance your gameplay? 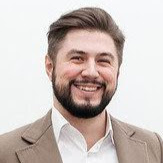 Since its inception, the video game industry has been a new medium for art and an innovation platform. It has been the major driving force in the advancing technologies.

Since its inception, the video game industry has been a new medium for art and an innovation platform. It has been the major driving force in the advancing technologies. Though it is often overlooked, the video game industry has upgraded itself from just a hobby to a multi-billion -dollar industry. Its life has been a short, forty year one. Still, people of all ages and genders, all across the world play video games. The radar has been at a greater clip than ever before.

With new gamers and ever-emerging technologies, the time is exciting for the industry. A landscape is changing constantly and successful business models of past will need to find ways of being successful in present times.

Video games have now become an interactive medium. It inspires users to create and explore.

The digitalization of video games, their extreme popularity has been reflecting our instinctive desires. Game-playing is for fun, cooperation, and competition. It is highly engaging.

For gearing up with upcoming technologies, video game database is a common name in the industry now. It is used for enhancing your gameplay, with the help of game database API. A Database is a table or a collection of data indexed by a certain key. It's the most simplistic case could be a <Key, Value> pair.

If you live in a dynamic world, like Minecraft, you can conceptually view "world" as a database itself. The actual chunk location <x,y,z> is the main key, the shape of terrain and other related objects in that zone is the crucial value required.

For games like single-player FPS and platformers which are self-contained and also that they don't require any sort of client-server architecture. They don't use any sort of relational databases.

Web applications are stateless, they exist only as a sequence of requests and responses. So they, of course, will require databases for any form of persistence.

A game which is running on a PC or maybe a phone or a game console itself is loaded into the memory like any other program. The OS that particular allocates memory to the program, which is using it to store all the data it operates on.

I suppose there is a data that needs to persist after the game is closed, it gets written out to files which are stored somewhere already. This is so that the gaming program can read back when the next time it runs. Get your video game database from Gameopedia.com

For maximum people "database" is equivalent to RDBMS style engines which use SQL. They exceptionally good at lots of gaming solutions.

Game accounts, game billing, and many other technologies are good for that.

The RDBMS systems are amazing when it comes to business processes and transaction. They are a horrible fit for most, but not all game processes as they are very slow for features that remain in the memory. These systems are mainly focused on the commitment made to the disk. They are committed to nearly 10K transactions per second. It is both give and take procedure. Mostly depends on the gameplay.

Games use a large number of data tables. They use lots of data structures that point to objects. Games are susceptible to such as particle system data. The key benefit is that a large number of changes can be made very quickly.