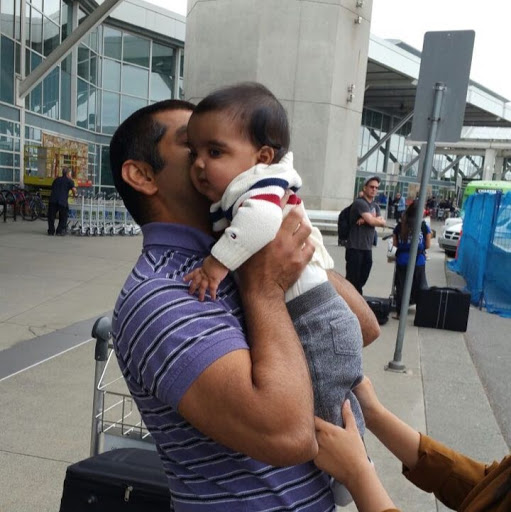 WASHINGTON: President Donald Trump on Friday reaffirmed support to his embattled Supreme Court nominee Brett Kavanaugh, and asked the senators to confirm him, after a gripping Senate hearing in which the judge dismissed the allegations of sexual assault made by a clinical psychology professor as a "calculated and orchestrated political hit."

WASHINGTON: President Donald Trump on Friday reaffirmed support to his embattled Supreme Court nominee Brett Kavanaugh, and asked the senators to confirm him, after a gripping Senate hearing in which the judge dismissed the allegations of sexual assault made by a clinical psychology professor as a "calculated and orchestrated political hit."

Americans were glued to their television sets for eight hours on Thursday as the historic hearing opened with an emotionally chocked Christine Blasey Ford, 51, recounting the 36 years old incident which "drastically altered her life".

Asserting that she felt it was her "civic duty" to share her story, Ford said at the age of 15 she was sexually assaulted by Kavanaugh in 1982 at a party. Both of them were in high school in suburban Maryland at that time.

A furious Kavanaugh, 53, denied the allegations in a passionate defence.

"I categorically and unequivocally deny the allegation by Dr Ford. I have never sexually assaulted anyone, not in high school, not in college, not ever. I am innocent of this charge," he said, repeatedly fighting back tears.

"This whole two week effort has been a calculated and orchestrated political hit, fuelled with apparent pent-up anger about President Trump and the 2016 election, fear that has been unfairly stoked about judicial record, revenge on behalf of the Clintons," an aggressive Kavanaugh said in a tirade directed at Democrats.

Within moments of the proceedings concluding, Trump firmly backed Kavanaugh, saying, "His testimony was powerful, honest, and riveting."

"Judge Kavanaugh showed America exactly why I nominated him...Democrats' search and destroy strategy is disgraceful and this process has been a total sham and effort to delay, obstruct, and resist. The Senate must vote," Trump tweeted.

The Senate judiciary committee, which has 11 Republicans and 10 Democrats, is set to vote on Kavanaugh's recommendation late Friday before the nomination goes to the full Senate comprising 51 Republicans and 49 Democrats. The full Senate is expected to start the debate on the nomination on Saturday and a final vote on his confirmation is expected next week.

In his testimony to the Senate Committee, Kavanaugh blasted the Democrats for destroying his good name.

"You may defeat me in the final vote, but you'll never get me to quit. Never. I'm here today to tell the truth," he said.

"After I have been in the public arena for 26 years without even a hint -- a whiff -- of an allegation like this. And when my nomination to the Supreme Court was just about to be voted on...I am called 'evil' by a Democratic member of this committee...This onslaught of last-minute allegations does not ring true," Kavanaugh said.

Earlier, to a question posed by Senator Dianne Feinstein whether Kavanaugh was the boy who attacked her, Ford responded, "The same way I'm sure I'm talking to you right now..."

"Absolutely not," Ford said when Feinstein followed up with another question: "So what you're telling us is this could not be a case of mistaken identity?"

As Ford was giving her testimony, Kavanaugh's protesters were standing silent outside the hearing room, clogging halls and elevators.

Ford said she had kept the episode a closely-guarded secret, except for sharing it with her husband and few of her friends, till the time it started appearing in the press that Kavanaugh was going to be nominated as a Supreme Court Judge.

"I thought it was my civic duty to relay the information I had about Mr Kavanaugh's conduct so that those considering his potential nomination would know about the assault," she said.

In response to question, she said she was "100 percent" certain it was Kavanaugh who had assaulted her.

Giving details of the incident in 1982, Ford, who was seemingly on the verge of tears, said it happened one evening at a common friends place in Chevy Chase area where they had gathered.

"When I got to the small gathering, people were drinking beer in a small living room on the first floor of the house. I drank one beer that evening. Brett and Mark (Judge) were visibly drunk," Ford, a professor at Palo Alto University in San Francisco, said.

Ford said she was accosted by Kavanaugh and his friend Mark. They thrust her into an upstairs bedroom at the house and locked the door.

"I was pushed onto the bed and Brett (Kavanaugh) got on top of me. He began running his hands over my body and grinding his hips into me...Brett groped me and tried to take off my clothes...I believed he was going to rape me," she said.

"I tried to yell for help. When I did, Brett put his hand over my mouth to stop me from screaming...I thought that Brett was accidentally going to kill me," Ford alleged.
Ford said she was finally able to escape and rushed out of the house with an "enormous sense of relief" that the duo did not follow her.

"For a very long time, I was too afraid and ashamed to tell anyone the details," she said.